Battling the Sky. A Spatial History of the Hail Cannon

In eighteenth and nineteenth-century Europe, hailstorms posed an existential danger. Rural communities devised varied strategies to dispel storm clouds and defend their crops. Shooting the clouds with cannons and rifles was believed to be a particularly effective solution. However, the practice engendered heated debates among scholars and neighboring communities that accused each other of making things worse by sending storms their way. This project combines historical, modeled, and contemporary meteorological and climate data with printed and manuscript sources to develop a spatial history with a distinctly vertical dimension. My aim is also to further a methodological discussion. One characteristic of spatial history is that it sustains a horizontal vision of space; not unlike geopolitics, it is largely a flat discourse. This project offers an opportunity to explore how geospatial technologies allow us to engage with depth and altitude and represent volumes rather than areas.

This is an ongoing project that explores long-term trends in early modern jurisprudence using metadata of the several tens of thousands of legal dissertations defended at German universities. 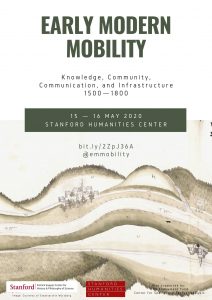 Supported with over 150,000 $ from the UPS Endowment Fund and Stanford’s Program in History and Philosophy of Science, this collaborative project investigates the history of postal systems, roads, transportation, and communication infrastructure in early modern Europe.

The Polygon in Spatial History

The following two maps have been published as part of an article that questions the use of polygons as the main vector data model for representing political entities in spatial history. 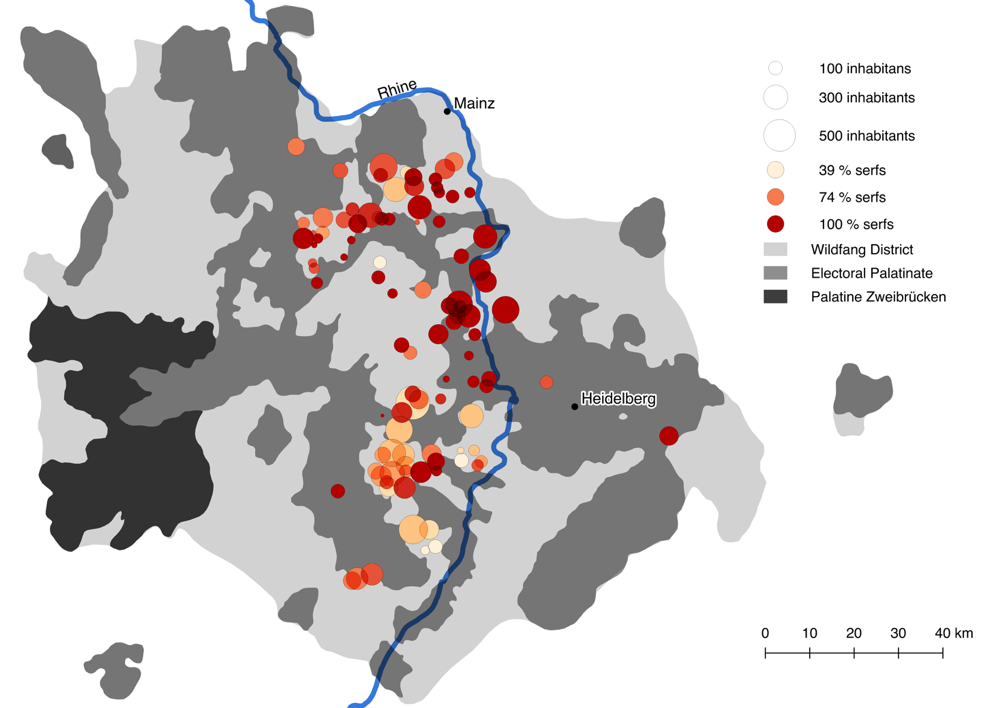 Number of foreign subjects enserfed by the Electors Palatine in 1665. The map shows that the spatial extent of the Palatine incursions in the neighboring territories were much more limited than previously assumed (the light grey area). 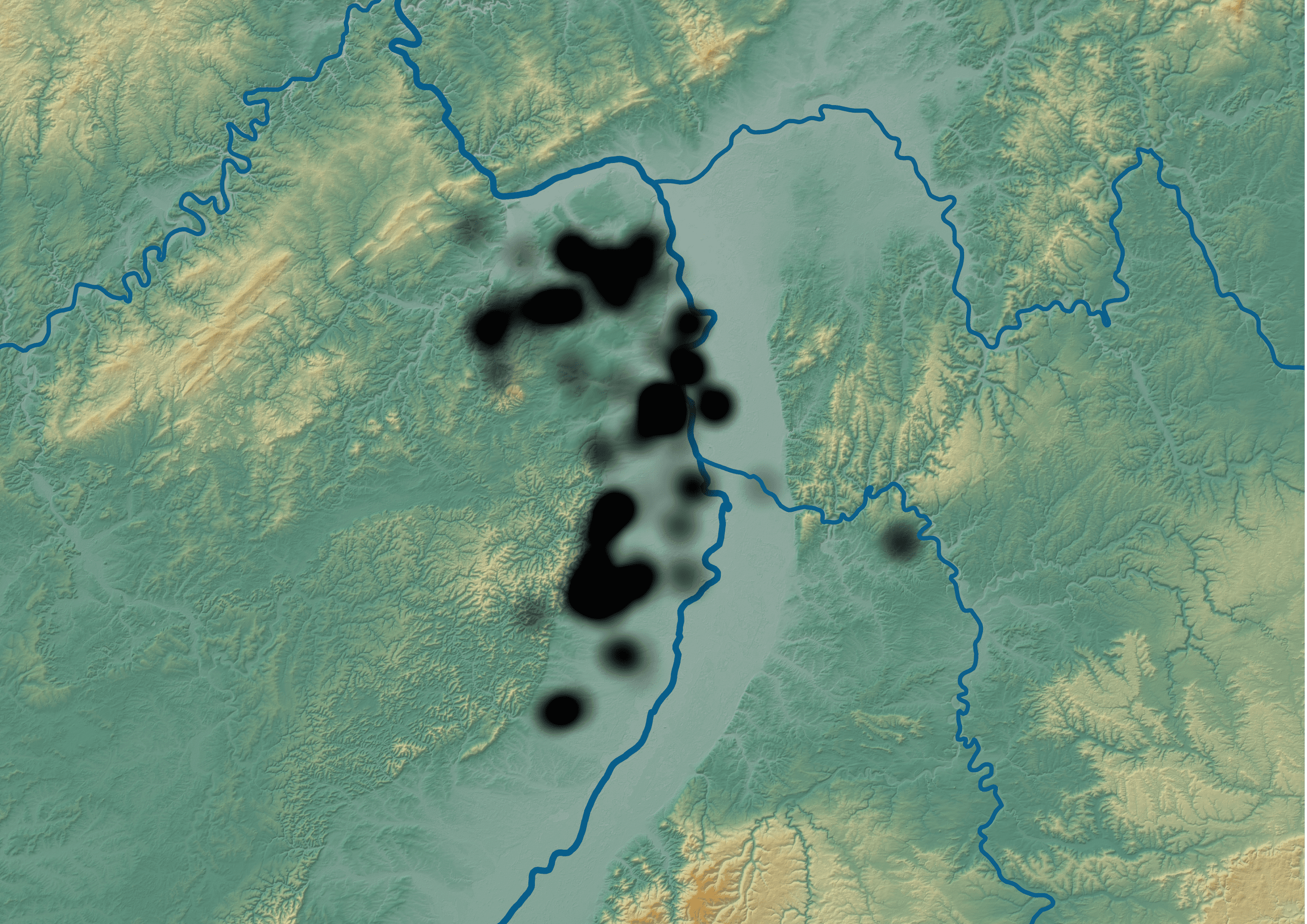 The elevation profile of the region shows that most of the serfs lived in the Rhine Rift Valley and in Rhenish Hesse, areas with fertile soils and a warm climate. The villages in these areas were easily accessible and more densely populated, offering a larger tax base.

Borders and Freedom of Movement in the Holy Roman Empire

One argument in my first book is that practices and infrastructures for controlling movements of goods and people in the Old Reich were not anchored at the outer borders of a territory for much of the early modern period. Customs and toll stations were situated along roads and rivers, and travelers could pass by several such posts within the same territory. In the second half of the eighteenth century the geography of governed mobility in the Holy Roman Empire began to change: the levy of duties was now increasingly relocated to the outer borders and the major commercial hubs within a territory. 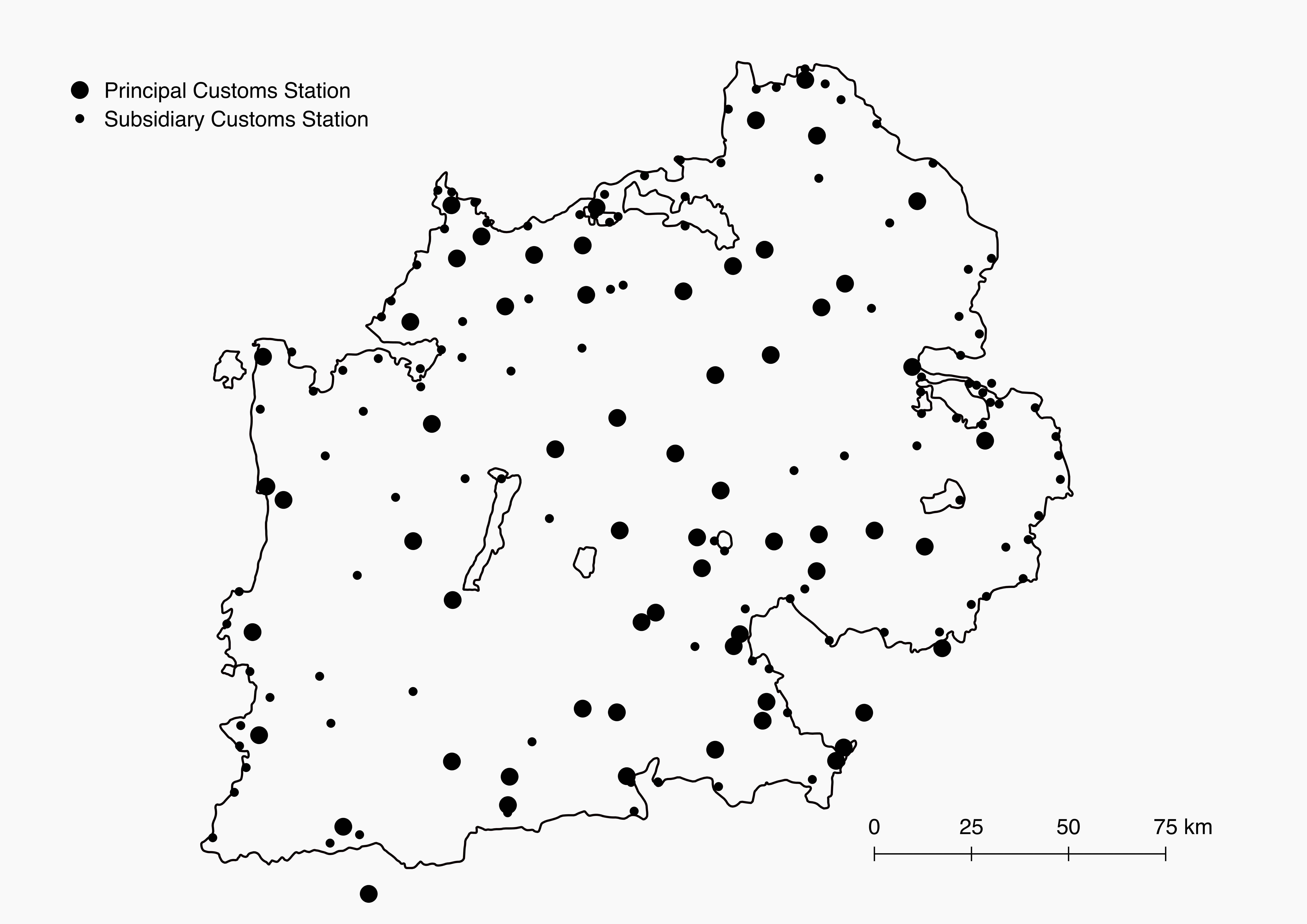 Bavaria offers a textbook example for this process. A reform in 1764 drastically reduced the formerly 400 toll stations across the Bavarian territory. 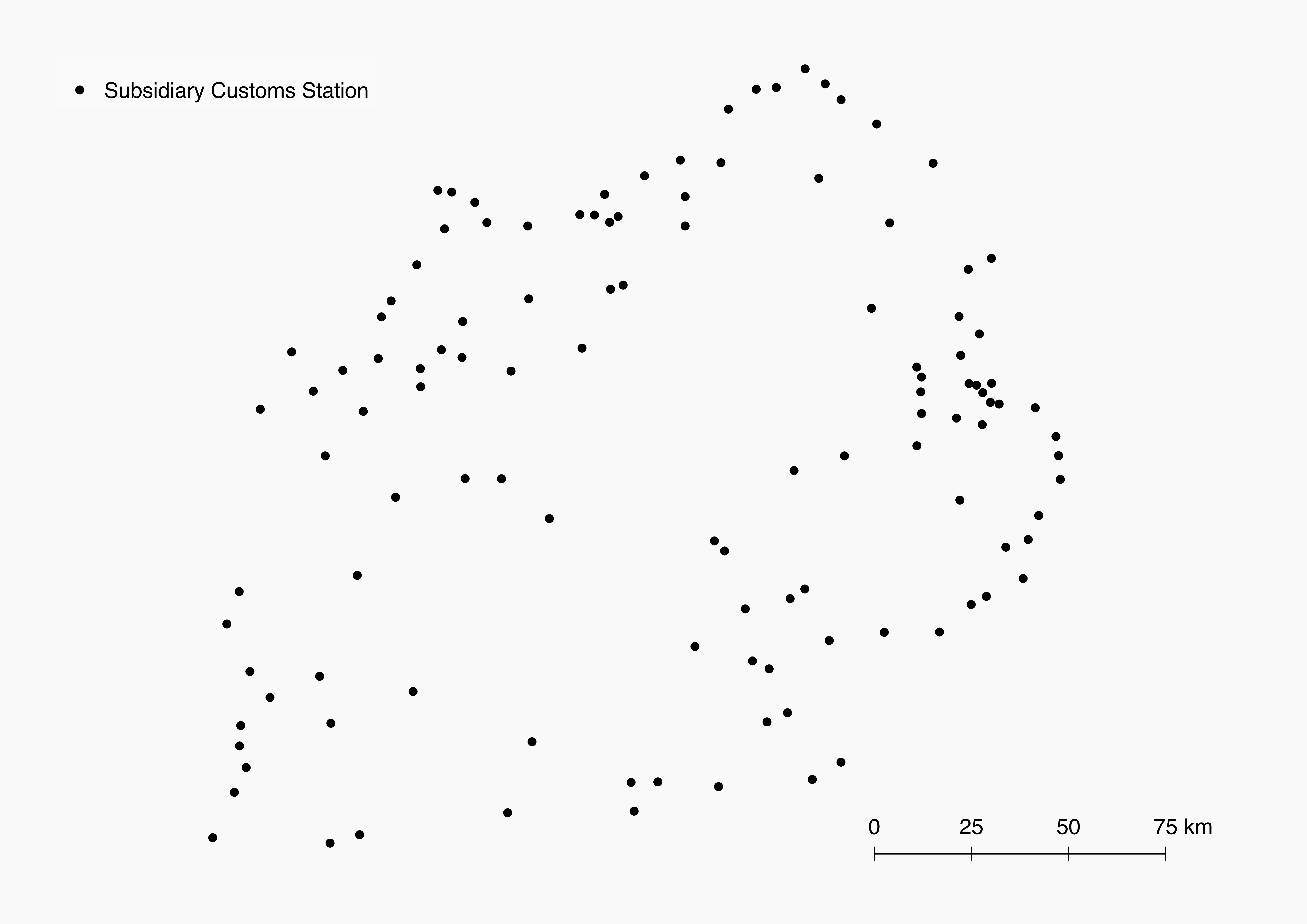 The capillary network of secondary toll stations along the territory’s outer boundaries reveals the new concern for controlling the traffic of goods along this perimeter.